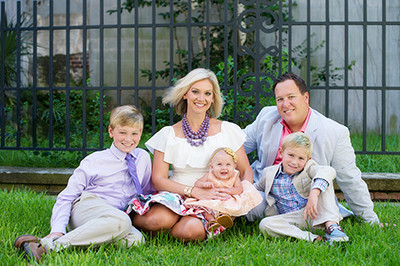 Pageant Photographer based in Charleston, SC.

FROM SPOTLIGHT TO STUDIO

Jeanna Raney Beasley is one of the leading pageant photographers in the southeast.  She credits her business success to the fact that she practically grew up in the pageant industry.  Jeanna jokes that she was destined to "be a pageant girl" because her parents actually met at a pageant!  Naturally, she began competing as a young child.  As a teenager, she and her parents traveled all over the country competing in pageants, earning over $60,000 in cash.  She credits those experiences as preparation for the job of a lifetime, Miss South Carolina 2001.

Jeanna's childhood dream of representing her state at the Miss America Pageant came to fruition when Jeanna was named Miss South Carolina 2001 and was a Top 20 Finalist in the 2002 Miss America Pageant.  She earned $31,000 in scholarships through the Miss America Organization.  As Miss South Carolina, Jeanna traveled 51,000 miles and made over 250 appearances in schools, churches, and civic organizations to promote her platform of Suicide Prevention and Mental Health Awareness.

In 2005, Jeanna opened her photography studio, Jeanna Beasley Photography, and launched her own makeup line, KOSMOS.  Jeanna takes pride in the fact that she is one of the rare pageant photographers who is also the makeup artist for the photo shoots.  Jeanna is also very involved in the retouching process, and finalizes every image herself.   It is important to Jeanna that the final product is her own work.

Jeanna and her husband, JJ, live in Charleston, South Carolina and have two sons and one daughter.  When not working, you can find them on the beach!

"It is wonderful for my clients to enjoy several hours in the studio with me.  This allows time to express their concerns and excitement about their upcoming pageants.  Many of the girls I photograph want to know all about my year as Miss South Carolina.  Because of my previous pageant experience, these girls are getting much more than just a photo shoot.  I truly love my job!  I prepared my whole life for this!  Pageants taught me so much during my years of competing.  I feel extremely blessed that I have a career which helps other girls reach their dreams.  What an honor to be a part of their experience!"